A weather application that displays your local weather information. This project was released to the Play Store on the 2nd of August and is currently being maintained. It is my most ambitious programming project so far. The data of the app is provided by an API from openweathermap.org.

This application features a beautiful UI, with the background changing dynamically based on time and current weather conditions. There's a display for an hourly and daily forecast, an a screen for particular weather details. There's also a F\C degree converter.

This app was originally created using Kotlin. I got quite far until I reached some tough obstacles, such as taking the API response outside of a fetch JSON method and using it elsewhere in the app. During a point of low productivity I had a look at Flutter and was amazed as how easily thing's could be implemented. Within a week I went from no knowledge of Dart to creating a functional, complex weather application.

All the source code is available on my GitHub 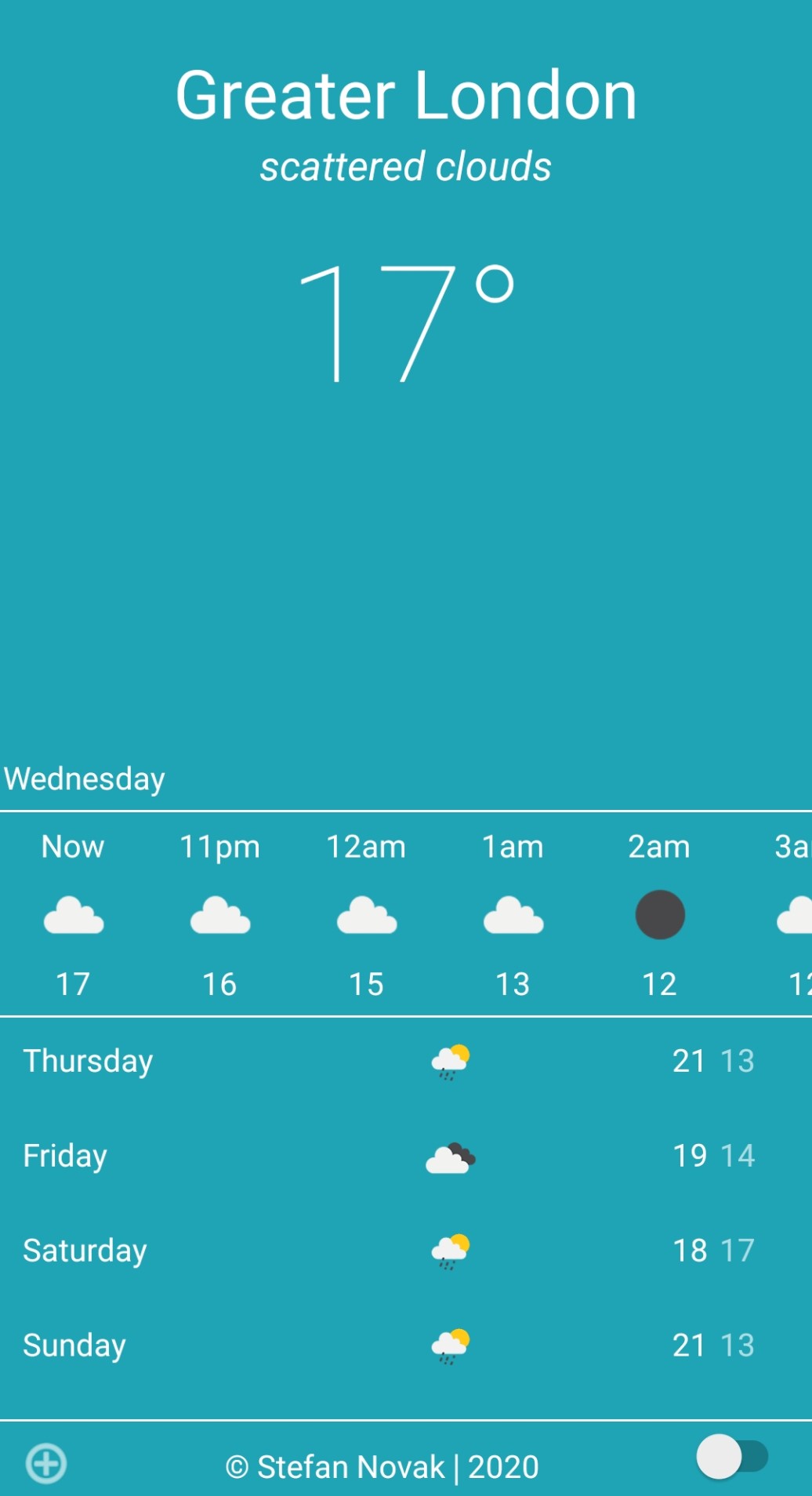 The new look of the app after using Flutter instead. It's beautiful and simplistic.

Showing the weekly forecast in Fahrenheit, and an example of the background being dynamic to the current weather.

The detailed screen, showing 12 more weather data, along with a nice UI. This page also responds to the current unit of degree.

Another look at the weekly forecast being in Celsius this time, with the background being clear.